Reflections on Suffering and Unanswered Prayer 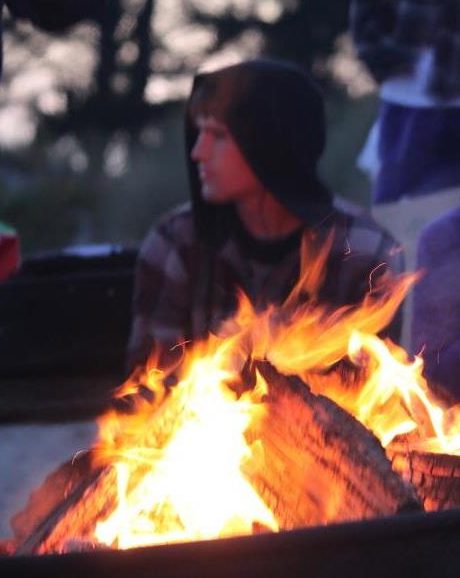 Suffering is a hard thing to endure. It causes us to question and reflect on a lot of things. It can make us feel mad at God, hate God, and even come to believe that He doesn’t exist. When I talk to someone that doesn’t believe in God or is struggling with believing in God, most of the time it is connected to some suffering that either they endured or someone they loved endured, which they prayed to God that He would end, and He didn’t. They feel like God ignored, forgot about, or abandoned them, which makes them ask the question, what is the use in God and in praying to Him? If the only being powerful enough to end my suffering won’t do it, then why believe in Him and why would anybody need Him? To be direct, they asked God for something and He didn’t give them what they wanted, so the conclusion that they come to is… well he must not be real.

When I was a kid, my mom took my brother and I to the local donut shop and told us kids that we could pick out two donuts. But I had a problem with this proposal… I wanted three. So I fought and demanded three, and my mom kept telling me, “no, you can only have two.” But I kept fighting, and eventually, my mom said to me, “you either get two or you don’t get any.” So I didn’t get any, and I sat in the corner crying and throwing a fit because I could not accept two measly donuts. While I’m throwing a fit, donut-less, my brother is sitting across from me enjoying his two. I could not be grateful, which left me with nothing; he could, and got to enjoy something. Joy cannot live without gratefulness.

I think we can all agree that no mother owes their kids donuts, especially not three. And in the same way, God does not owe us anything. We are not entitled to a pain-free life where all our friends and family live to be 120 years old. God gives us a loving family and friends, and when one dies, instead of being thankful for the time we had with them, we often slam our fists and demand they be given a longer life. We look up to God and shout, “how dare you take them away from me? How could you let this happen?” It sounds a lot like the kid at the donut shop that cannot be grateful for being allowed two donuts but demands three instead. God gave us life, with people we love that make it worth living, and we were not entitled to or owed any of it. Who are we to make these foolish demands, shake our fists at him, and then come to the silly conclusion that He must not be real because He didn’t give us what we wanted?

When we get mad at God because of unanswered prayer or because life didn’t work out the way they wanted it to, we are acting like the kid throwing a fit at the store because their parents said no to buying them the toy or cereal that they wanted. Choosing not to believe in God for the same reasons is like the kid that says he hates his mom because she won’t let him eat ice cream before dinner. Being told ‘no’ never seems to get easy. As adults, we may not cry and throw a fit at the donut shop or department store anymore, but we still have our own kind of tantrums. Now we get mad at God for not making life work out the way we want it to, and if we really want to stick it to him, we’ll say he is not even real.

Dealing with pain, suffering, and death never gets easy. And I know all this talk about donuts and tantrums makes the matter sound simple and insensitive, but it never is all that simple is it? There are always lots of emotions, tears, and questions. My first experience with the injustice of death and the “How, God, could you let this happen?” I was 16, and one of my good friends died of an unfortunate accident. Frankie Aguirre was his name, and everybody loved Frankie. He was the most articulate, well mannered, “had his stuff together,” of all my friends. He was the only one that was thinking about college and going to Harvard and whatnot when everyone else was just thinking about skateboarding. He was also the only skateboarder I have ever heard of that was on the honor-roll and taking honors classes. My mom and I still talk about him and how sad his death was. My mom, along with all the other parents, loved Frankie. He was one of the few friends I had that could hold a conversation with an adult. Frankie would have gone far in life, and done a lot of good. He was someone that everyone knew was going to be somebody someday, and how sad it is that he was taken so soon. His poor parents had to bury their 17-year-old son, with so much promise and potential, and never got to see what kind of man he would become. His death is one of the most heart-wrenching experiences I have ever had, and for a lot of people that knew Him, it is hard not to ask the questions, “God, how could you let this happen? Are you even real? He would have done so much good, Why God?” But I have to remember, God didn’t owe us Frankie’s life, and I need to be grateful for the time I had with him. It is hard not to be mad at God and question why he lets people die so soon and makes parents bury their 17-year-old kids. But life never makes much sense, does it? Trying to make sense of everything in this cold, dark world can make someone go insane. We can choose to either be grateful or angry, and life will go on as it always has regardless.

Death and suffering often feels like an injustice that is occurring to us and the people we care about. We hope and pray that our “just” God will take the pain away and make everything right, but it doesn’t always work out that way. We won’t ever know why God lets these kinds of things happen, and they will never make logical sense. We have to remember to be grateful for what we have been given instead of angry for what feels like has been taken away from us. Life will never be fair, and it will never make sense. Be grateful for those good things that God never owed us, for we never know when they could be gone.