Skateboarding is my Religion 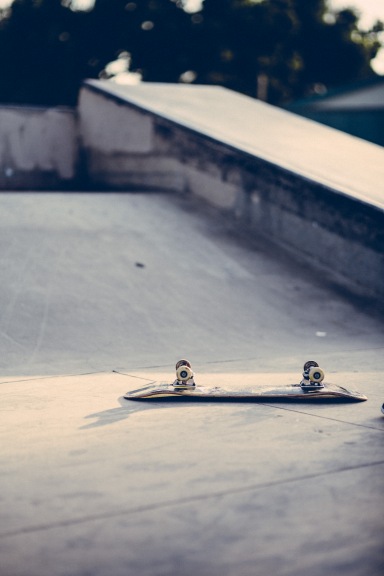 Growing up as a skateboarder, skateboarding was all I cared about. I would skip school to skate, which made my grades suffer because I was too busy skating to worry about school work. I would sacrifice attending family gatherings because going out skating and filming for the weekend was far more important. I would stop hanging out with certain people because I felt like they were holding me back from progressing, and I would befriend or spend more time with other people because I felt like they helped push me forward. Girlfriends as well had little appeal to me because I saw them as something that would just get in the way of my skating. And my future plans (like where I would live and what I would do after High School) were all based around, “how can I skate the best stuff, skate as much as possible, and become the best skateboarder I possibly can?” When it came time for me to start brainstorming about college or a career when I was at the end of High School, my thinking was, “if I don’t go pro and get paid to skate for a living, than this life isn’t really worth living.” Everything I did, and everything I hoped for, was all built around skateboarding. All that mattered in life was skating as much as I could and becoming the best I possibly could. Skateboarding was my religion, I made sacrifices for it, I cut people out of my life for it, and I got all of my meaning and purpose in life from it.

I read an interview from a pro skater in “The Skateboard Mag” the other day that said, “I am happy to donate my body to skateboarding, because it is what I love to do.” What is interesting about this quote, is that skateboarders love and resonate with stuff like this so much that I saw this get reposted all over Instagram and Facebook. When I read or hear skateboarders say this sort of thing, and see how others respond to it with such joy and acceptance, it fascinates me that we don’t think of skateboarding as a religious practice. The quote above is almost identical to what Paul says in Romans 12:1 in relation to what a Christian should do for Christ: “I appeal to you brothers and sisters, by the mercies of God, to present your bodies as a living sacrifice, holy and acceptable to God, which is your spiritual worship.” Both reference giving our bodies to something, the former is to skateboarding, and the latter is to God.

“To present your bodies as a living sacrifice, holy and acceptable to God,” looks a lot like what a skateboarder does for skateboarding. We make certain sacrifices in our lives for God and do whatever it takes to keep us moving forward in our relationship with Him. We will cut certain people out of our lives that our holding us back, we will refrain from dating certain people, and everything we do and plan for will be based around, “how can I love and serve God to my greatest potential?” To make sacrifices for God and offer ourselves to Him as a living sacrifice is to cut out the people and things that hold us back, and replace them with the people and things that will help us grow and move forward. Sometimes it is skateboarding that is holding us back. Skateboarding is not something we ever necessarily need to stop doing once we become Christians (unless you really feel like you need too). But the priority of growing in the Lord and serving Him should always be above our priority of becoming the greatest skateboarder we can. For our ability to skate hangs by a thread. There are multiple things that can happen to our bodies at any moment that can keep us from skateboarding. It is crucial we don’t put our hope and faith into something that can be lost. As C.S. Lewis said, “Don’t let your happiness depend on something you may lose.”

One day our ability to skate will come to an end, and if God is what we have given ourselves too, it won’t be that big of a deal, for our life is wrapped up in something bigger than skateboarding, something everlasting. But if our God or religion is skateboarding, than once our ability to skate comes to an end, we will have nothing left to live for. Our life will be left to meaningless despair. So I encourage you to build your life around something that it was meant to be built around, something that was meant to give you all your meaning, purpose, and complete joy. As King David says in Psalm 16:2, “I say to the Lord, ‘you are my lord, I have no good apart from you.'” No matter how much we love skateboarding and give ourselves to it, it will never love us back or reciprocate any of the feelings and passion we give to it. It is important we give that love and sacrifice to someone that will return it back to us and will actually take care of us. It is the only way our joy and meaning will be stable and not tossed to an fro like the waves of the Sea. The beautiful thing about this is that Jesus is the initiator in this relationship, for he showed great love and sacrifice for us when he took on human flesh and went to the cross for us, something skateboarding will never do for us. It is greatest act of divine love that the world will ever witness, and how foolish for us to give all our being to a piece of wood, rather than to the only deity that will ever express such a deep love for humanity. Giving our lives to Christ is the wisest decision anyone will ever make.

Have you ever thought about what you would do if for some reason you were no longer able to skate? What it would be? A good test if we have made something our religion is can we give it up and be happy? Do we hold it with an open hand or a close fist? God holds us and we hold him with a close fist, anything else that is held in that way has taken the place of God and has made us bound for ruin. It is good practice to meditate on what life would look like without skateboarding. How can you still have joy in your heart without it?