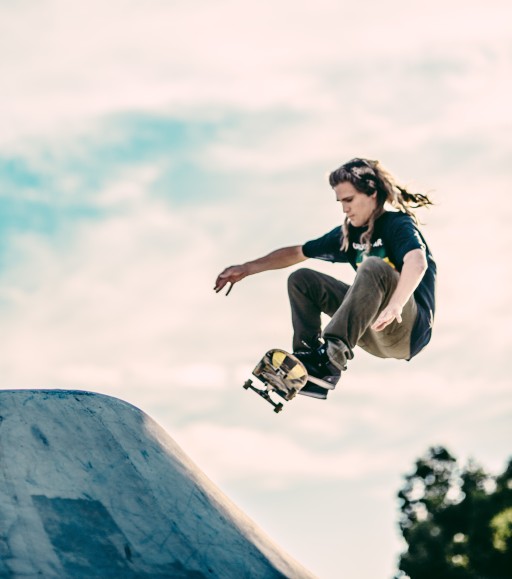 Fear and faith tend to be polar opposites, fear restrains and holds back, but faith motivates, moves forward, and conquers. Before a skateboarder can grind down a huge handrail, he or she must conquer the fear of it by having faith in their ability to do it. What usually holds us back from trying that handrail, kickflipping those stairs, or committing to that new trick, is that we fear the worst: we don’t want to fall real hard or get hurt. This being so, having faith in our abilities to land the trick is crucial, but it is not everything, we must also lose our care of what could happen if we are to fail. Faith that truly motivates, moves us forward, and conquers our fears, must be completely without care if we are to fail.

The book of Daniel tells a story in Chapter three about three Israelites by the name of Shadrach, Meshach, and Abednego that are taken out of Israel into Babylon to serve in the king’s courts after Israel is conquered by the Babylonians. Once these three Israelites get to Babylon, King Nebuchadnezzar sets up a statue of himself and makes it a law of the land that all must bow down and worship the image. But of course, these three Israelites serve Yahweh, the God of Israel, so they refuse to bow down to the image. Therefore, because of their disobedience they are taken to the king and are given one last chance to bow down to the image. They are told that if they refuse to bow they will be cast into a fiery furnace and burned alive. To which they respond, “If it be so, our God is able to deliver us from the furnace of blazing fire… But even if He does not, let it be known to you, O king, that we are not going to serve your gods or worship the golden image that you have set up” (Daniel 3:17-18). In this passage, we see a firm faith in God’s abilities to rescue them from a painful death, but what truly makes the faith of these guys unshakable, is their complete carelessness if God does so or not. Their faith in God is not based on the condition of God rescuing them, but it is a faith that will accept any outcome. They trust in God because He is God, not just because he is powerful and able to rescue them, and this gives them complete freedom from fear. Faith that truly liberates from fear, is a faith that has no care of negative outcome, not just an assurance in God’s abilities or our own.

For the skateboarder, in order to really progress and to do crazy tricks, they must attempt them without any fear of negative outcome, as well as a faith or trust in his or her ability. As a follower of Christ, we truly have no reason to fear any negative outcome as we move forward in faith toward God’s purpose for us. Paul says in Romans 8:28, “And we know that God causes all things to work together for good to those that love God and are called according to His purpose.” He also says in Philippians 1:21, “To live is Christ, and to die is Gain.” Because we have a promise that any negative outcome will work out for our good, as well as a promise of eternal joy, we truly have no reason not to pursue God and His purpose for us with any fear or concern of what could happen if things don’t go according to plan. The book of Acts is filled with instances where things didn’t go according to plan for the apostles, but they ended up working out for the better. Real, unshakable faith that conquers all fear is this: pursue God and his purposes with all your strength and without any concern of a negative outcome, and if things don’t go according to plan, no need to fret, it will all work out for the good in the end. It is this kind of faith that will lead to the most accomplishment as a follower of Christ, and as a skateboarder.

Based on the Fact that Meshach, Shadrach, and Abednego weren’t 100% sure if God was going to deliver them from the fiery furnace, what does that tell us about what it means to have faith in God? Should we expect times of suffering?

Do you think these three guys would have questioned the justice of God if He allowed them to die in the furnace?

Should we always expect God to bail us out of trouble when doing the right thing is what put us there?

This entry was posted in Skate Devos and tagged christianity, faith, Religion, shadrach meshach and abednego, Skateboarding. Bookmark the permalink.