Going Where We Don’t Want to Go 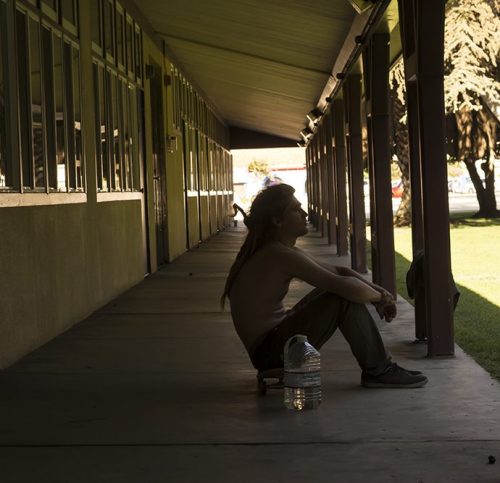 I have noticed with skateboarding that every time someone is too afraid to try something, the people around them will often appeal to logic, thinking that if we can use our logic to make it sound simple and easy, then maybe they will try it. “All you have to do is hop on it; it’s just like this thing that you did before.” This can sometimes be helpful, but oftentimes the emotion of fear is too much for our simple logic. I have walked away from many spots with a downcast soul because I couldn’t get myself to do something that I knew I could do. It seems simple and easy in my mind, but then I go try to do it, and I find that it is not as simple as it seemed in my head. The only way for me to get myself to do something that scares me is to defy and override my emotions, which logic can help with, but sometimes the emotion is too overwhelming.

This struggle is also a rather common one in our romantic endeavors. For instance, why do people stay in toxic or abusive relationships when logic is screaming at them to get out? Because there is an emotional stronghold in place that leaves them too afraid to break out of it. The appeal to logic, with all its simplicity, often doesn’t do any good. How many times have we seen people go back and back again to a relationship that they know is not good for them? The emotion telling them to stay or go back is too strong for the awareness in their minds that it is not good for them. What is even more fascinating about this phenomenon, is that people will usually bend their logic to align with this feeling in their hearts that they need to be with this person. They convince themselves that it is good and come up with a persuasive logic to go along with the emotion. “It’s not that bad, I can change them, I am comfortable where I am at,” so on and so forth. Instead of being firm in wisdom, they bend their logic to fit their emotional needs. We often form our logic to fit our emotions, instead of using it to guide us in wisdom and overriding them. We often mistake wisdom and logic for the same thing, but wisdom is firm, and logic is finicky and can be manipulated and can sometimes be percieved as wisdom. When Christ is being tempted by Satan in the desert, it is not by wisdom that Satan is tempting him, but by a faulty, manipulative logic that is formed around someone’s emotional desires that appears as wisdom. We do this to ourselves more often than we realize.

In the book “Great Expectations” by Charles Dickens, Pip the main character is in love with this beautiful woman named Estella who has never been nice to him, and has never given him any reason to believe that he has a chance with her. Logically Pip should be able to see this and move on, but that is not what happens. Pip continues in his vain hope, ever becoming more obsessed with his fantasy that one day he and this girl will end up together, in spite of Estella’s constant mocking him and rude behavior toward him. Logically it makes no sense to be attracted to someone who treats us like that, but romance is not a logical game, but an emotional one that often defies our logic. Pip says in the book, “I knew to my sorrow, often and often, if not always that I loved her against reason, against promise, against peace, against hope, against happiness, against all discouragement that could be. Once for all; I loved her none the less because I knew it, and it had no more influence in restraining me than if I had devoutly believed her to be human perfection.” Then again, “There were all sorts of pleasures through which I pursued her – and they were all miseries to me. I never had one hour’s happiness in her society, and yet my mind all round the four-and-twenty hours was harping on the happiness of having her with me unto death.” Pip is having an internal wrestling match with his head and his heart. He knows in his mind that this is a bad idea, but his heart can’t follow his logic, so he continues to pursue her and hold on to hope, ever making himself more miserable in the process. I am sure we have all been there like Pip, where we just couldn’t help falling in love with someone that we know is just making us more miserable the longer we stay on the journey of emotional fascination. Emotions can be a relentless beast that no amount of logic can seem to rescue us from. And the scary thing is, there are many times when I have thought that I was using wisdom and logic to guide me when in reality I was just using it justify letting my heart and emotions run wild. We can use our logic to convince ourselves of almost anything.

What makes Romantic emotions so hard to turn off? It is because there are endorphins and emotional highs that are attached to them. This pretty girl makes you feel some sort of way, so you just have to have her, throwing all wisdom and logic to the wind. Like a drug addict who needs their fix, no matter how much they know that they need to quit and should never have started in the first place. To come to our senses and choose not to act on an attraction to someone that may not be good for us, is to deny good feelings and emotional highs a lot of the time. And who wants to live in a world where we have to deny good feelings and emotional highs? Defying our emotions and listening to wise logic is possible, it just takes a little internal muscle. All the best skateboarders in the world, are not where they are because they never feel fear, they are there because they can override the emotion that is telling them, “don’t do it, it is too scary and you may get hurt.” They have mastered the fear and can be scared of something and do it anyway. The same has to go for our romantic endeavors and whatever emotional stronghold that is in our lives. Be strong enough in our wisdom to override the emotion that is leading us where we don’t want to go.

This entry was posted in Skate Devos, Theology/Philosphy and tagged Emotional strongholds, Emotions, How to get over someone, Logic, Love, Love and Logic, Overriding emotions, Temptation, Wisdom, Wisdom and logic, wisdom versus logic. Bookmark the permalink.